Tim planned a trip to the Dominican Republic for several reasons.

First, one of the guys had a birthday. Secondly, Tim planned to propose marriage. The guys came to the Dominican Republic with their friends and lived in a private villa. At first, we planned to arrange a surprise – so that friends would be waiting for the guys on the beach. But then Tim said that he wanted to make the marriage proposal more intimate and that there were no other people around. And so it happened. Joshua was very impressed with how the proposal went. We took the guys to a private beach, we told Joshua that he was having a birthday photo shoot. When Tim proposed to Joshua and Joshua could not hide his emotions, he was crying. Then the guys had a romantic picnic on a beach. We decorated the picnic area with photos of the couple together. We sincerely congratulate you and wish you happiness.

Write us right now and ask about prices for lgbt proposal and weddings
caribbeanwedding1@gmail.com 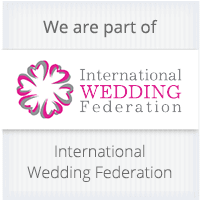 Submit your real wedding or styled inspiration photoshoot. For more information you can visit our website or mail us.